Please see our coronavirus information page for the most up-to-date information.

The university received a considerable number of entries (double the number of last year), including many excellent ones, and the decision was incredibly tough. However, the judging panel decided to award Catherine Cowen first prize of a £100 book voucher.  The judges were particularly “impressed… because of its original approach, use of critical sources, academic rigour and sophisticated command of French. 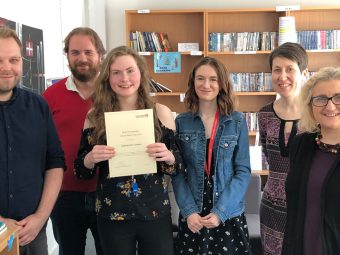